When Sun Comes Out 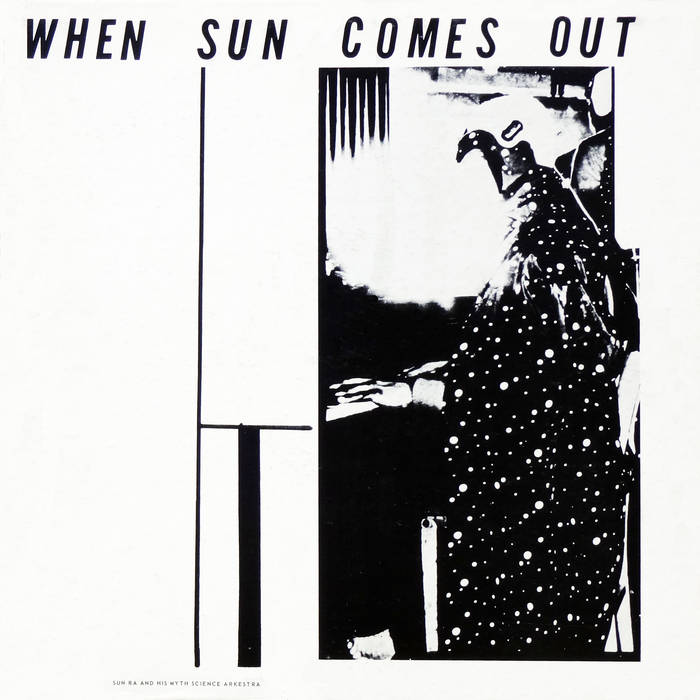 embouchure The Chicago frontline of Gilmore, Allen and Patrick, augmented by new arrivals Walter Miller on trumpet and the formidable trombone section of Teddy Nance and Bernard Pettaway. Michael D. Anderson's cosmic-clear transfers will open your ears to the impact of this era of the Arkestra.

When Sun Comes Out was the first release on Sun Ra's Saturn label to be recorded in New York. Released in 1963, it was preceded by The Futuristic Sounds of Sun Ra, which had been recorded in Newark, New Jersey (and produced by Tom Wilson, who issued it on Savoy in 1961). When Sun Comes Out was also the first release to contain recordings set down at the Choreographer's Workshop, which served as a longtime rehearsal space for Sunny & the Arkestra. The venue would be a rich source of historic material for future albums.

Stylistically, the move to New York marked Sunny's journey beyond swing, bebop, hard bop, and R&B. This advance is abundantly reflected on When Sun Comes Out. After being neglected by fans and press in the final stages of his Chicago period, Sun Ra responded to the New York jazz community's embrace by pushing the form in new directions—often to the point that what he was playing wasn't jazz. But the only category that mattered to Sun Ra was music.

When Sun Comes Out is percussion-centric, and not just as backdrops—on many tracks whatever's being hit with a stick (or palms) is on top of the mix. Sun Ra's piano, some brass, and a quartet of saxophones compete for airspace with an arsenal of drums, congas and bongos, bells and cowbells, shakers and gongs (a good deal of it handled by the reed section). In fact, the mix often defies professional engineering standards, as musical hardware that usually provides the foundation occasionally dominates the lead instruments.

The horns are more aggressive than in the Chicago years, Sunny experiments with atonality on the keyboard, and on many tracks he dispenses with conventional structure. The Arkestra here includes four saxophonists (John Gilmore, Marshall Allen, Pat Patrick, and newcomer Danny Davis, then just 17), who take liberties to extend the instrument's vocabulary, their solos often independent of the rhythm bed. Sun Ra was traversing the universe, and there's a lot of space out there. On this album the explosive drummer Clifford Jarvis makes his recording debut with the Arkestra, a relationship that would extend on and off for a decade and a half. There's also a fun ensemble vocal—identified as having been performed by "Arkestra Unit"—on a remake of "We Travel the Spaceways."

This remastered edition includes a number of sonic treats:

• The complete version of the opening track "Circe" (featuring wordless vocals by Theda Barbara); the Saturn release omitted most of the introductory gong sequence (by Tommy Hunter).

• The LP's side two tracks (here 6 – 9) in stereo from the master tape. All known pressings of the LP were in mono.

• The previously unreleased part two of the percussive composition "The Nile," featuring a haunting flute solo by Marshall Allen.

• The complete "Dimensions in Time," recorded at the Choreographer's Workshop around this time but released only in an abridged version (and titled "Primitive") on the mid-1970s hybrid release Space Probe.