The Stranger: A Radio Play

by Mind's Eye Theater with Sun Ra & His Arkestra 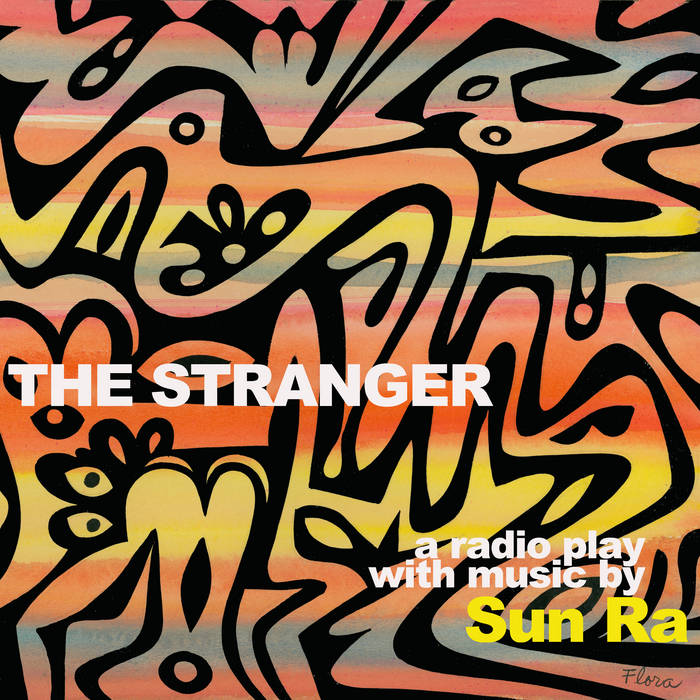 "The Stranger," a radio play with musical accompaniment by Sun Ra & His Arkestra, premiered over the Pacifica radio network in the late 1960s, on a program called Mind’s Eye Theater. The exact date is unknown, but 1968 is a consensus guess (as noted in The Earthly Recordings of Sun Ra).

Ra’s incidental music, which is tight and atmospheric, surfaces sporadically beneath the dialog, but at no time is featured. Ra is named in the closing credits, and the additional personnel were identified by Ra discographer Robert L. Campbell.

The circumstances of the soundtrack recording and how Ra's involvement came about are unknown. In a passing mention of the play in his book Space is the Place: The Lives and Times of Sun Ra, biographer John Szwed notes that during this time, "The Arkestra continued to pick up work of all sorts, in part because they could play anything, but also because they would sometimes work for almost nothing." The brief musical passages are not identifiable Ra compositions, and were presumably original to this project. Along with conventional acoustic instruments, Ra's notorious "strange strings" (around which he had recorded an entire album a few years prior) are heard to excellent effect.

The heyday of radio drama was the 1930s through the late 1940s, after which its popularity diminished as television claimed America's attention (and advertising dollars). "The Stranger" sounds like an attempt to resurrect—if not parody—the form. Unfortunately, Ra's music cannot redeem the play, which lacks any compelling appeal, even as satire. The script is flaccid, the acting sounds like an unrehearsed cold reading, and the characters are bloodless. The dialogue—some composed in rhyme—is sporadically interrupted by needle-drops from the then-ubiquitous "Elektra Authentic Sound Effects" LPs. The clumsy conversation contains faux profundities, such as when a female painter asserts: "There are many essences that must form themselves upon my canvas. I would never deny them." Except for Ra's involvement, this play would be unremembered.

The audio was sonically upgraded from a best-available circulating file. Flaws exist from the original broadcast and capture, the source of which is unknown, but many artifacts have been repaired and the overall quality has been improved.

All rights reserved by all those involved.