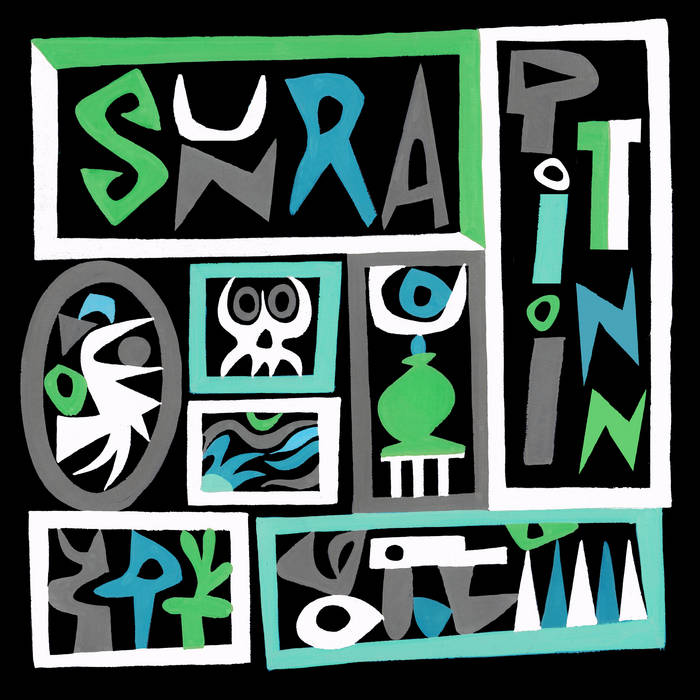 Let's compare Sun Ra to the Grateful Dead. Seriously. Their respective artistry differs, but both were deeply committed to their music, which evolved creatively over decades and left enormous legacies. Each toured endlessly, and their fans were passionate and devoted. There are enthusiasts who boast about having seen one or the other (perhaps both?) hundreds of times, and in extreme cases following the artist's tour itinerary. Each has inspired an ad hoc industry of chroniclers. Sun Ra and the Dead staged hundreds—perhaps thousands—of performances, and it seems every gig was recorded and documented, often with the tacit approval of the artists. Rare performance recordings of each change hands among faithful collectors, because no two shows were identical.

Sun Ra has been the subject—and in some cases the victim—of the commercial release of countless live albums. If someone in the audience or at the console captured the performance on tape, it seems as if someone eventually spent time and money to package and release it in the consumer music format du jour. The Ra market is flooded with live releases, many with dismal audio. The performances were vital, the dynamics epic, the stagings spectacular. Each is worth preserving as a historic artifact. But as a pure audio listening experience, well—you had to be there.

The Sun Ra market has been ill-served by poor-quality live releases. Anyone whose first exposure to Sun Ra is a muddy, 200-feet-from-the-stage audience tape heralded as a "live album" may not be intrigued enough to seek a second listen, and could even develop an undeserving bias against the artist. While there are a number of excellent live Sun Ra albums in circulation, others of dubious legitimacy with inferior audio misrepresent the onstage excitement. Would that all Sun Ra concerts had been recorded on hi-tech equipment by professional engineers and properly mixed. Had that happened, Sun Ra would be in the pantheon of 20th Century musicians (where he belongs) and a Ra postage stamp would have been issued during the 2014 Sun-tennial.

Which brings us to this collection of 1988 performances at Japan's Pit-Inn. This is a stellar live recording, and history owes a debt to the engineers (named below) who captured these explosive shows. These sixteen tracks spotlight the band's telepathic unity, each player's virtuosity, and the intricacy of the arrangements. The bandleader was 74 at the time, but Sunny plays like he's in his prime. The Arkestra swings, bops, sways, and skronks through an entertaining array of Ra originals and jazz standards by or associated with Fletcher Henderson, Duke Ellington, and others. (Sunny had worked for Henderson's Chicago orchestra in the late 1940s and was a deep admirer of the legendary bandleader/arranger.)

Most of these tracks were released in Japan in 1988 in differing (and partial) configurations on vinyl and CD. This edition includes all tracks from those releases as well as two bonus tracks. For the purposes of a digital release—which is purchased whole or in part—some editing and resequencing were applied. We have attempted to edit each number for single-track listening, while sequencing the full album as two sets for extended enjoyment. In some instances we have omitted (or faded) the audience before or after (a practice common on many of Sun Ra's own Saturn LPs).