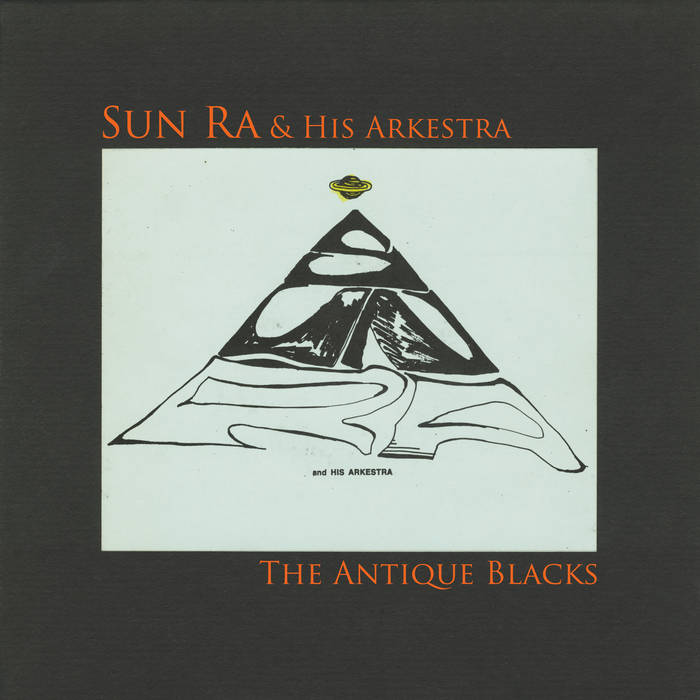 The Antique Blacks, original copies of which are quite rare, was one of those LPs that Sun Ra pressed in very limited quantities to sell at concerts and club dates. The recordings apparently originated from a 1974 Temple University (Philadelphia) radio broadcast. Like many independently pressed and self-released albums on Ra's Saturn label, it's a mixed bag of material with little continuity or consistency. That's not a bug—it's a feature. It contains a jaunty jam ("Song No. 1"), a few songs, and lots of Sunny's declamatory (and inscrutable) sermonizing.

After a 30+ year absence from the market , it was reissued on CD in 2010 by the U.K. label Art Yard, who replicated the LP sequence. In fact, due to the absence of tapes, a vintage vinyl copy was used for the reissue, which included a mono bonus track, "You Thought You Could Build a World Without Us."

After the completed CD production, Michael D. Anderson of the Sun Ra Music Archive discovered the master tapes from the date. One of the revelations was that three tracks from the LP, "There Is Change in the Air," the above-named bonus track, and the album title track, were actually part of a continuous 24-1/2 minute suite. When the original LP was compiled, some bridge material had been edited out, and three components of the suite were isolated as standalone tracks. For this digitally remastered edition, the entire suite is presented for the first time (and in full stereo). In addition, "Song No. 1," which was the opening track on the LP, has been placed where it stands in sequence on the tape, as track 4.

What sounds like an audio glitch at 7:21 in "Space is the Place" is in fact a four-second patch of tape spliced in reverse—Sun Ra's contribution to the sinister '70s practice of lyrical backmasking.

There was some speculation about the source of "You Thought You Could Build A World Without Us." Based on comments made by Sun Ra himself on WKCR in 1987 (when it was aired), Sun Ra discographers Robert Campbell and Christopher Trent speculated that the track was an outtake from the 1972 film soundtrack for Space is the Place. However, RC/CT note that electric guitarist Dale Williams did not join the Arkestra until 1974. The discovery of the master tape confirms the provenance of the performance.

Historical footnote: Producer Hal Willner claims he witnessed these sessions at Temple University. Ask him about it.