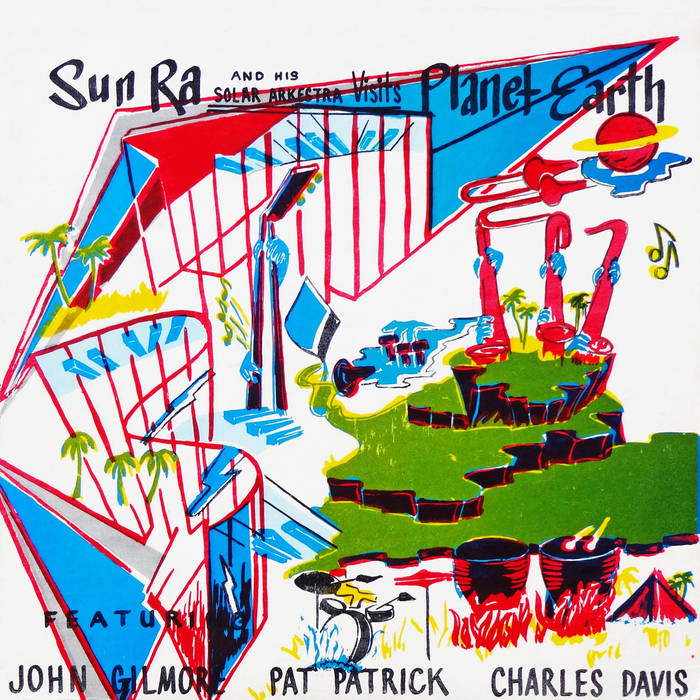 Sun Ra Visits Planet Earth was compiled from two studio sessions recorded from 1956 to 1958. Befitting the title, the A side of the LP presented a mystic travelogue in which the band descended on “Planet Earth,” time-traveled to the Garden of Eden to encounter “Eve,” and then zoomed to the Far East to explore "Overtones Of China."

The side B tracks were recorded in 1956 and represent some of the first Arkestra sessions, showcasing Sun Ra's emerging Hard Bop Space Book. These sessions were produced by Tom Wilson for his Transition label, and many tracks were issued in 1968 under the album title Sound of Joy by Delmark. Planet Earth, which coupled tracks from the two unrelated sessions, was commercially released on Ra's Saturn label in 1966.

Planet Earth's title track is a different take than on Sound of Joy, and appears here for the first time in stereo. "Overtones of China" is a radically different (and longer) arrangement than the Sound of Joy version. "El Viktor," "Two Tones," and "Reflections in Blue" are the same takes as on Sound of Joy, but Planet Earth's 2014 digital transfers from the master tape offer greater clarity and higher fidelity. Planet Earth's "Saturn" is eight seconds shorter than on Sound of Joy because on the Delmark reissue, the tape machine ran noticeably slow, causing pitch problems. These flaws were avoided for this digital release. Before its inclusion on Planet Earth, "Eve" had not previously been released, but dates from the Wilson sessions.