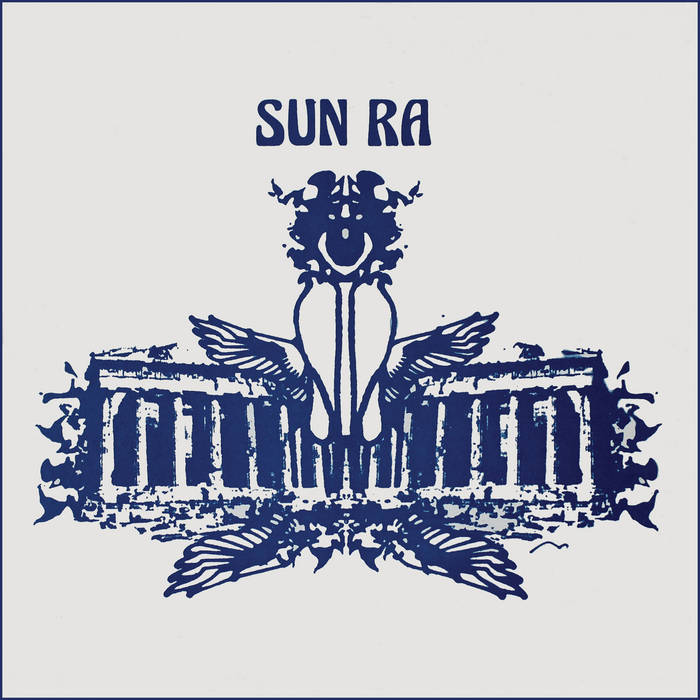 Sun Ra wasn't concerned about discographical codification. He left it to Ra scholars to make sense of his sprawling catalog, and mysteries abound. Sub Underground (#1), released in 1974, is one of those confusing entries.

The 21-minute LP A side, "Cosmo-Earth Fantasy," was presumed recorded at New York's Variety Studio in '74 , as noted in Campbell & Trent's massive discography, The Earthly Recordings of Sun Ra (2nd ed., pub. 2000). That track was coupled on side B with three tracks from a purported "live" recording at Temple University that same year. Complicating matters from a title standpoint, Sun Ra released unrelated albums tagged "Sub Underground series," and this particular album (which carried no personnel or recording info) also appeared in hand-designed sleeves under the titles Sub Underground #2, Cosmo-Earth Fantasy, and Live at Temple University 1974. If it was a live album, the Arkestra had performed before an audience possessed of such hushed reverence that they don't make a sound before, during, or after each piece. The Sun Ra Music Archive's Michael Anderson, a former Temple student, believes that the performance took place in the college chapel. Others have suggested the Temple radio station. The recordings on side B undoubtedly originated in a studio, an ad hoc studio, or—as it turns out—studios.

Enter Ra scholar Paul Griffiths, who in 2011 found an album master tape of "Cosmo-Earth" formerly owned by the late Ra business partner James Bryant. In an Art Yard CD reissue, Griffith says the words "strings bandura" are handwritten on the reel. The beginning of "Cosmo-Earth" features sounds reminiscent of Ra's singular 1967 Saturn release Strange Strings, on which Arkestrans plucked and savaged string instruments with which they were otherwise unfamiliar. The bandura, dubbed the "Space Harp," was featured on a number of Ra albums in the late 1960s. Griffith writes:

"['Cosmo-Earth'] features an opening section of music using the strange strings, including the bandura as mentioned on the tape box. As several of the string instruments were destroyed in a car accident in 1969, and the bandura itself was left in the possession of Hartmut Geerken in 1971 after the Arkestra’s legendary first Egyptian visit, this music cannot postdate these events and a revision of the recording date is needed."

"Ra plays Hohner Clavinet on this recording in close stylistic proximity to that on the LPs Atlantis [1967], Solar Myth Approach Vols. 1 & 2 ['67-'68], and Continuation ['68]. The feel of the whole piece is very much in the style of the exploratory work undertaken by the Arkestra in the later New York period between '66 and early ’68. It is very likely that this music was recorded in 1967 or possibly early 1968 before the Arkestra moved to Philadelphia."

Griffith affirms that "Love Is For Always" and "The Song of the Drums" were indeed recorded at Temple in '74. But he reexamines "The World of Africa," stating:

"… [It] is clearly not from the same concert as its predecessors and takes us back to 1968 when vocalist June Tyson joined the band. Ra is again featured on Hohner Clavinet playing very much in the style of the small group Atlantis sessions from the previous year, with a host of Arkestra members on percussion."

Everything Griffith asserts is believable and logical. Ra was renowned for compiling LPs from unrelated sessions and different locations, with material recorded years apart and offering radical juxtapositions of style. Sub Underground is business as usual on Saturn.

In a catalog as massive as Ra's, it's natural for some releases to get overlooked. Sub Underground deserves more attention, as it's an adventurous album, and fun. The raw fidelity reflects the charming lo-fi characteristic of Sun Ra releases, or what we call "Garage Jazz." The compositions, arrangements, and mixes deliver the eccentricity expected of Ra, and there's plenty of surprises. "Cosmo-Earth" features the otherworldly "strange" strings, Sunny's Clavinet, and a xylophone and flute duet. The string passage also sounds as if Sun Ra is strumming the strings inside the piano.

"Love is For Always" is a lush, romantic ballad with John Gilmore's tenor sax providing the back rub. "The Song of Drums" features extreme stereo separation; most of the track offers exotic, improvised shout vocals (courtesy Eddie Thomas and possibly trumpeter Akh Tal Ebah) on the left channel set against distant drums, punctuated by Sunny's electronic keyboard, on the right. "The World of Africa," with its repetition of a simple melody, is Sun Ra's impression of a canon (or round). Vocalist June Tyson chants a pleasant nonsense vocal for three minutes, while the band provides a loose rhythmic foundation.