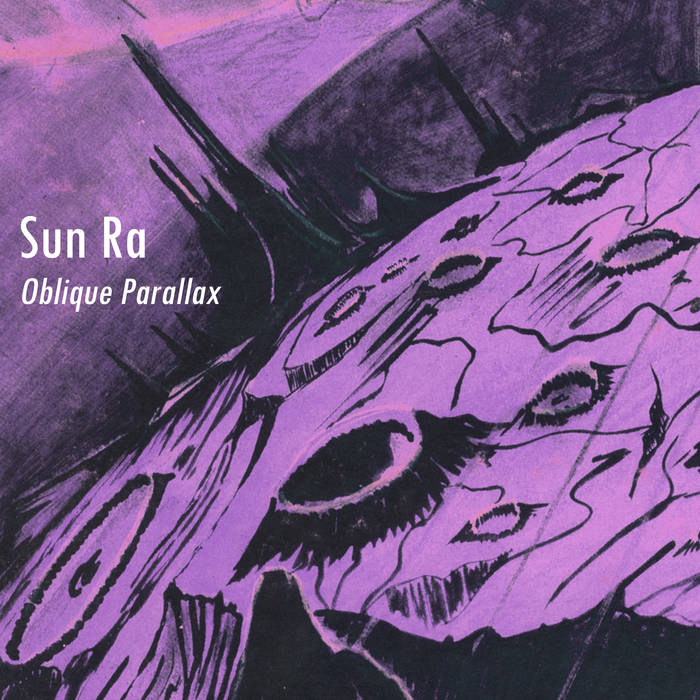 From The Earthly Recordings of Sun Ra (2nd ed.), by Robert Campbell and Christopher Trent, we offer this preface:

"The Arkestra was 'in residency' at the Jazz Center in Detroit for nearly a week (a poster in the possession of [drummer] Samarai Celestial advertises 11 shows [from December 26, 1980 to January 1, 1981]). Rick Steiger and John Sinclair produced the events. Paintings from Ra's private collection were on display in the hall; films from his collection were shown, and a slide show called Sun Ra Through the Ages, featuring photography by Leni Sinclair, was presented."

From the over 26 hours of concert music (which included some afternoon workshops) over six days, material was culled for two LPs released on Ra's own label: Beyond the Purple Star Zone (released 1981), and Oblique Parallax (released 1982). The title track of Beyond the Purple Star Zone and the first section of "Journey Stars Beyond" on Oblique Parallax are the same performance, but with different mixes.

Through nominally credited to Sun Ra's Omniverse Jet-Set Arkestra (a shifting cast of Arkestra mainstays and Detroit-based players), Oblique Parallax in fact features the leader performing solo on tracks 1 and 2 (which were combined as one track on the Saturn LP), while track 3, "Celestial Realms," offers the trio of Ra on keyboards, Vincent Chancey on French horn, and Samarai Celestial on drums. Track 4, the three-part "Journey Stars Beyond" (side B on the LP), includes additional players, though Ra, Chancey and Celestial are showcased. This extended track does not chronicle a single performance; the opening trio section was recorded during a different set and edited on.

The audio quality of these recordings is comparable to many captured Sun Ra performances: flawed, but soulful; mid-fidelity, but high-octane. We have attempted to remove as much distortion as possible from the French horn and keyboards, but ultimately this noise is part of the documented performance and cannot easily be subtracted by existing technology.

In 2010 the British label Art Yard packaged the contents of both LPs on a commercial CD, which included fascinating reminiscences by Rick Steiger, co-producer of Sun Ra's historic Detroit stand. Other soundboard tapes from the Detroit concerts have circulated among fans over the years, and some have been issued on inferior quality bootlegs.