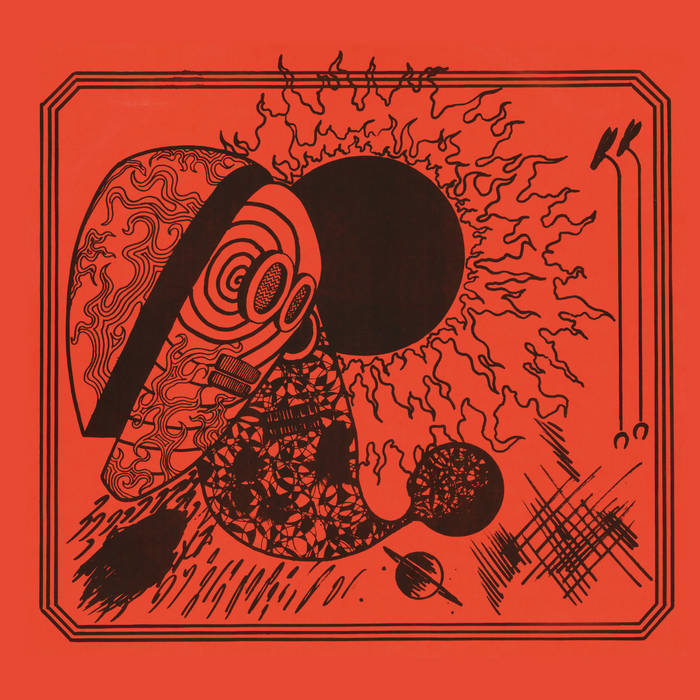 kippypowers This album is the best introduction to Sun Ra since it shows many of his best sides. It has freaked out keyboard showcases as well as tons of deep funk improvisation. One of my favorite jazz LPs. Favorite track: Dance of the Cosmo Aliens.

Every Sun Ra album is unique. Yet even by Ra's standards, DISCO 3000 is an outlier. However, it sits comfortably in the Sun Ra discography — because it's weird.

In 1978, capital-D Disco was at its apex — the pop dance music du jour, the bottom-heavy successor to rock'n'roll and funk. Ra was never a dedicated follower of fashion (music or otherwise), yet that year his landmark album LANQUIDITY would not have been unwelcome in a mirror ball-dappled club. LANQUIDITY was one of Ra's few nods to contemporary musical currents—and it remains one of his most revered projects.

That same year his Saturn label issued DISCO 3000. Referencing the term "Disco" was typical, willful, sardonic Ra "misdirection." The "3000" might be forecasting a future millennium when humans — or cyborgs — dance to this music. If so, it's a shame we won’t be around to see if these grooves electrify partygoers. By 1978 standards, the album was anything but Disco. It was weird. It was Sun Ra.

Ra spent part of winter 1977-78 in Italy on a musical odyssey. He may have made two trips, or one extended stay — accounts vary. But his creative activity in a short span was prodigious: a piano recital recorded in Venice, in November 1977; two double-LP studio albums (OTHER VOICES/OTHER BLUES, and NEW STEPS), recorded for the Horo label, in January 1978; and two and a half live albums, recorded in early January, issued on his own Saturn imprint: DISCO 3000, MEDIA DREAMS, and side B of SOUND MIRROR.

Writing in his 1998 Sun Ra bio, SPACE IS THE PLACE—before any of the above Saturn albums had been reissued in any format (original 1978 pressings probably numbered in the low hundreds)—John Szwed wrote, "Sonny took a quartet to Italy in early 1978 …, and despite his misgivings about small bands, they produced some concert and studio recordings which are some of the most interesting and little known of the Sun Ra output." These projects offer a unique—never before, never after—opportunity to hear Sun Ra's music performed live by a quartet, rather than solo or with some iteration of the legendary Arkestra. The unconventional four-man interplay from one January night in Milan's Teatro Ciak is preserved on DISCO 3000.

Accompanying Ra in Italy were mainstay tenor saxophonist John Gilmore; trumpeter Michael Ray, a relative newcomer, who had first played with Ra only a few months prior; and another recent recruit, drummer Luqman Ali (Edward Skinner), who had joined the Arkestra in early 1977. Ra played grand piano and the idiosyncratic (and short-lived) electronic console, the Crumar Mainman. Gilmore also took a turn on drums, and everybody sang (though most of the Italy recordings are instrumental). Rodger Coleman, at Sun Ra Sundays, described DISCO 3000 as a "mad-scientist keyboard extravaganza, with the Crumar Mainman organ and cheesy rhythm box establishing an uneasy, mutant disco vamp." There's also lots of sweeping piano, inspired, torching horn solos — and no bass. There was no bass on any of the Italian dates—although the Crumar purportedly had a bass feature, which served Ra's purposes.

Invented in 1977 by the Italian company Crumar (the name is a portmanteau of founders Mario Crucianelli and F. Marchetti), the device was an early polyphonic synth, capable of a variety of sounds and effects, including programmable percussion. Ra's model was reportedly one of less than a dozen prototypes; the product was eventually scrapped and never marketed. Musician and keyboard historian (and Ra scholar) Brother Cleve says, "It was pretty much a glorified string ensemble that included brass, bass, and percussion options. You could also add fuzz tones, and use the volume pedal for a number of effects." The Mainman could also replicate a piano, but Ra had access to acoustic pianos on all Italy dates.

Michael Ray, writing in 2007, explained that in late 1978, he "got a phone call from Sun Ra [in] Rome. He asked if I was able to come to record an album. I jumped at the chance! Luckily I already had a passport from my travels with the singing pop group, the Stylistics. I headed to Rome, not knowing what to expect, but knowing I was in good hands with Sunny, John Gilmore and Luqman Ali." Every day Ra would rise at dawn, and the quartet would drive over to a small studio called Media Dreams to practice. "It was here," said Ray, "that most of my early dues were paid. Sun Ra would tell me 'You playing your horn alright, but try my way, unless you have some sort of mental block.' And, 'Play that apple. Remember, it's round, so think of 360 degrees of sound and color. It's red, which means its energy deals with the first chakra. You have to be able to play the 'vibration.' We rehearsed like this from early morning to late night for days." The repertoire consisted of new works, with improvised passages, as well as such Ra perennials as "Spontaneous Simplicity," "We Travel the Spaceways," "Images," and "Friendly Galaxy."

The original 1978 Saturn LP of DISCO 3000 featured only four works—the 26-minute title track on side A, and "Third Planet," "Friendly Galaxy," and "Dance of the Cosmo-Aliens" on side B, in that sequence. That album was reissued on vinyl by Peter Dennett of Art Yard Records in 2005.

However, Michael D. Anderson of the Sun Ra Music Archive had tape of the full concert, which was provided to Dennett in 2007 for an expanded release. Art Yard replicated the sequence of the original concert, during which "Third Planet," which preceded "Friendly Galaxy" on the original Saturn LP, actually followed the latter in the set list—and they were performed as an extended medley. To retain the concert sequence across two compact discs, Art Yard had to cleave the full track so that the first half ("Friendly Galaxy") closed disc one (with a fadeout), and the second half ("Third Planet") opened disc two (with a fade-in—and a brief reprise of "Friendly Galaxy" at the end).

When Art Yard's license expired after 2020, the rights reverted to Sun Ra LLC, and this digital release is the current iteration of the set. There are differences.

The "Friendly Galaxy/Third Planet" medley is here presented for the first time as a complete performance.

Some minor adjustments and refinements have been made to the recordings in spots, and some audience applause has been trimmed. One bonus track has been added. That tune, "Jazzisticology," recorded on the same Italian expedition, was originally issued on the 1978 Saturn album SOUND MIRROR, along with one other track from the trip, "Of Other Tomorrows Never Known." Art Yard included the latter work on their expanded release of MEDIA DREAMS, and it will be included on our forthcoming digital edition of that album. (The title track of SOUND MIRROR originated from an unrelated New York or Philadelphia studio session.)

Having conquered Italy, less than a week after this frenetic intercontinental expedition, Ra was back performing in the U.S.

You do not hear "Over the Rainbow" at the close of "When There Is No Sun." It's just a figment of your imagination.