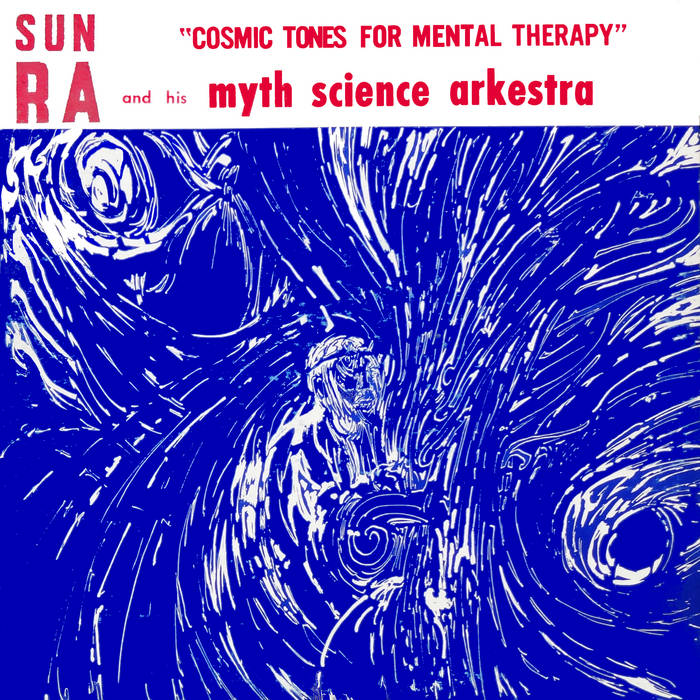 Recorded in 1963 but not released until 1967 on Sun Ra's Saturn label, Cosmic Tones for Mental Therapy is one of the more notorious of the artist's early New York releases. It near-completely rejects existing notions of jazz in favor of conducted chaos, offering a template for the unknown. Therapeutic for some, electroshock for others. In its lysergic abstractness, Cosmic Tones prefigures by a few years the outer dimensions of psychedelia (which was inspired by psychosis-replicating chemicals), and foreshadows some of the wilder studio escapades of Frank Zappa and the Mothers of Invention. (Early in their careers—though a decade apart—Zappa and Sun Ra shared a producer: Tom Wilson.)

The album—or at least its title—may have originated when Sun Ra's manager Alton Abraham arranged a performance for patients at a Chicago psychiatric facility. Biographer John Szwed, in his definitive Ra bio Space Is the Place, describes the scene:

"The group of patients assembled for this early experiment in musical therapy included catatonics and severe schizophrenics, but Sunny approached the job like any other, making no concessions in his music. While he was playing, a woman who it was said had not moved or spoken for years got up from the floor, walked directly to his piano, and cried out, ‘Do you call that music?’ Sunny was delighted with her response and told the story for years afterwards as evidence of the healing powers of music."

The openers, "And Otherness" and "Thither and Yon," were recorded at the Choreographer's Workshop (where the Arkestra regularly rehearsed from 1962 to 1964). "Adventure Equation," "Moon Dance," and "Voice of Space" were recorded at Brooklyn's Tip Top Club, reportedly at 10 a.m., an off-hours booking facilitated by drummer Tommy "Bugs" Hunter, who gigged there at night with Sarah McLawler's trio. The acoustics are ad hoc, and on "Adventure Equation" the club's phone can be heard ringing during two passages. The reverb overload on "Thither and Yon" and "Voice of Space" were the handiwork of Hunter, who jerryrigged cables on his Ampex 602 tape recorder and controlled the echo by adjusting the output volume.

Arkestra saxophonists John Gilmore and Marshall Allen are present, but playing bass clarinet and oboe respectively, while sax is covered by Pat Patrick and brash newcomer Danny Davis. Sunny plays Clavioline and percussion (as do others), but no piano. The Arkestra rarely plays in ensemble mode, but instead alternately deploys in smaller configurations, almost chamber-style.

Although most of the album is a disjointed improvisational tapestry, "Adventure Equation" displays rhythmic cohesiveness, as does "Moon Dance," a jaunty exercise in "Latin voodoo" with a groove that won't quit. The track features Sunny on the Tip-Top's Hammond B-3 organ.

The distorted saxophone passages on "And Otherness" exist in that condition on the master tape. These artifacts cannot be removed without altering the documented performance. However, on Cosmic Tones, this may be a feature, not a bug.

"Twilight," a previously unreleased recording that might have originated at the Tip-Top Club, is marred by significant noise, possibly from poor storage, tape degradation, or sub-par recording conditions. The track may have appeared on an obscure Saturn release or demo, as the surface noise sounds like a poor vinyl pressing or an acetate cutting. The instrumentation sounds like celeste, oboe, French horn, and percussion. Sunny had just two regular French horn players over the years, and Vincent Chancey wasn’t yet on the scene. That leaves Robert Northern as the only other possibility, which would date the track to late 1964 or early 1965.