The Soul Vibrations of Man 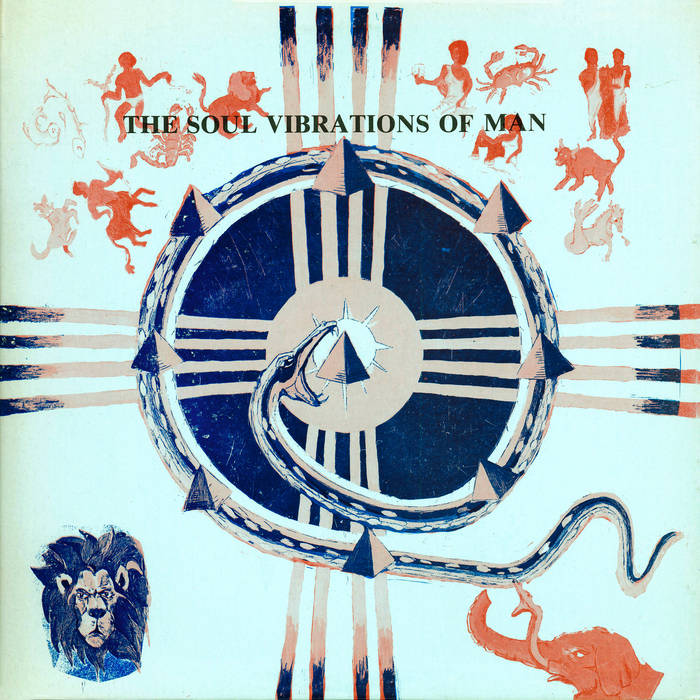 The Soul Vibrations of Man and a companion LP, Taking a Chance on Chances (or "… on Chancey"?), were pressed shortly after being recorded at a November 1977 gig at Chicago's Jazz Showcase.

Considering the rush-release of these two albums, the mystical cover illustration for Soul Vibrations is quite elaborate, which (with a few notable exceptions) was not standard practice for Ra's private pressings during the 1970s. Most Saturn LPs appeared in blank, generic—though often hand-decorated—sleeves. The Soul Vibrations artist is unidentified.

There were no track titles on the Soul Vibrations disc labels, just the album title along with the cryptic "Side A, Part I, Volume VII" and "Side B, Part II, Volume VII." The track titles were later provided by Ra discographers Robert Campbell and Christopher Trent, in consultation with trumpeter Ahmed Abdullah. If there are Soul Vibrations Volumes I thru VI, they have yet to surface. Campbell opined: "Vol. VII just looks to me like a propitious number." (The label © says "1976" — more Ra mischief?)

The fraternal albums appear to have been largely segregated by composer: Soul Vibrations consists entirely of Ra originals, while Taking a Chance, except for the title track, features cover versions of many of Ra's favorite and oft-performed standards, albeit with ever-shifting arrangements. That said, these are not studio-quality albums, and flaws abound. For veteran Ra fans, the coarse audio and choppy edits will come as no surprise, nor will they obscure the idiosyncratic performances embedded in the recordings. It's a typically eclectic set: loose improv, coalescing flutes, insistent horns, and restless percussion, amid space chants, cosmic sermons, and ballads. As often with Ra, everything but consistency and predictability.