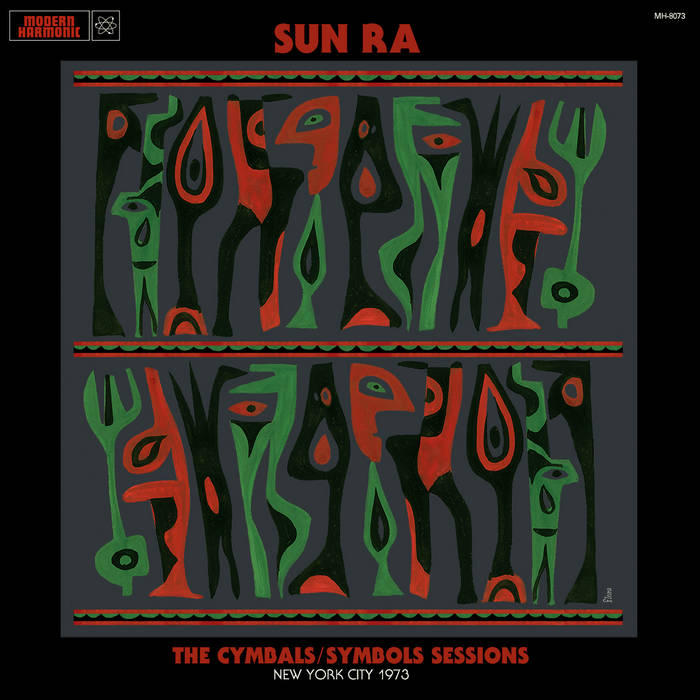 mandr8ke Loving all of this. Favorite track: The Universe is Calling.

In early 1973, thanks to the intrepid persuasion of jazz producer Ed Michel, Sun Ra signed a licensing agreement with the prestigious jazz imprint Impulse (then part of ABC/Paramount Records) to reissue catalog titles from Ra's proprietary Saturn label, as well as some new Arkestra recordings. Michel had produced Ra's most commercially successful album, Space is the Place, in 1972 for Blue Thumb Records, and he figured Ra was finally primed for a wider Earthly audience. The Impulse deal struck with Ra and manager Alton Abraham specified a cap of 50 albums — ten annually for five years — although all masters were subject to approval by Impulse and theoretically less than 50 could be issued.

William Ruhlmann at AllMusic notes, "This was Ra's first association with something like a major record company, and though it resulted in ten actual releases, it didn't last long; another 12 planned releases were cancelled." Eight (egregiously remixed and/or remastered) existing Saturn titles were repackaged; on other planets, extraterrestrial jazz scholars refer to the Impulse period as "Ra's Quadraphonic Years."

Besides the reissues, two newly recorded albums were released—Astro Black and Pathways to Unknown Worlds. Another pair, Cymbals and Crystal Spears, recorded in 1973, were assigned catalog numbers before being shelved. They must have been rejected quickly, because that very year three Cymbals tracks were incongruously grouped with some of Ra's earliest 1940s & '50s recordings on a Saturn LP entitled Deep Purple.

The Cymbals sessions took place at one of Ra's most favored recording venues, Variety Studios, in New York. Other than the three tracks on Deep Purple, the Cymbals (a.k.a. Symbols) sessions were unissued during Sun Ra's lifetime. Five tracks from these sessions (tracks 1 thru 5 on this 11-track complete edition) were posthumously issued on a 2-CD set by Evidence in 2000 under the title The Great Lost Sun Ra Albums (which included Crystal Spears). The Evidence CDs had to rely on substandard source tapes, which at the time were the only tapes available.

Cymbals constitutes an intimate gathering by Arkestra standards. Although eight [or ten—see note below] musicians were involved, nothing larger than a sextet and often only a quartet plays on any one track. Ra's illustrious tenor saxophonist John Gilmore only performs on one title (“Thoughts Under A Dark Blue Light”), and Danny Davis plays alto on another ("Land of the Day Star"). Cymbals is notable for being one of the few ensemble albums in Sun Ra's vast catalog that does not feature Arkestra mainstay Marshall Allen.

As Bro. Cleve writes in the liner notes to the LP and CD editions of the Cymbals/Symbols packages, "The ABC/Impulse deal imploded, due to disappointing sales. The cut-out albums were dumped into bargain bins. Curiosity seekers heard Sun Ra, perhaps for the first time, for a dollar a disc. Sadly, the band made no money from sales of these LP’s. Ra returned to Saturn … Records, that is."

A definitive remastered edition of Crystal Spears was issued on LP and CD by Modern Harmonic in fall 2018.

PERSONNEL UPDATE from Bill Hunsinger (Feb 2020):
Ayé Aton told me that the one cut he recorded with Sun Ra as "the drummer" is "The World of the Invisible" from CYMBALS. Ayé claimed the track was recorded at the Ra house as a quartet, featuring Ra on keyboard, Ayé on drums, "a cat named Khusenaton who came up with [Ayé] from Chicago" on bass clarinet, and a bassist who Ayé couldn't recall or confirm. Marshall Allen confirmed to me that Khusenaton passed through the house at some point.