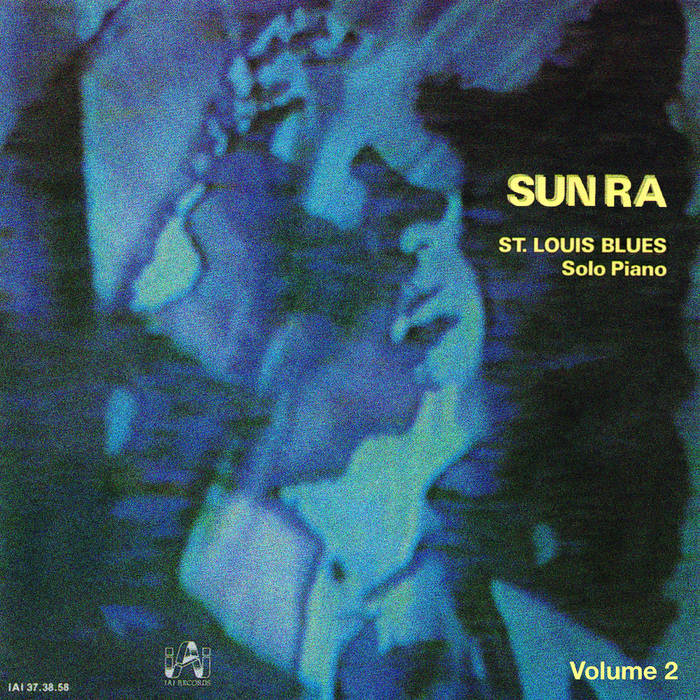 The second of two Sun Ra solo piano albums issued by Paul Bley's Improvising Artists Inc. label in the late 1970s. The first, "Solo Piano, Vol. 1," was a studio set; the second, titled "St. Louis Blues," was recorded live at the Axis-in-Soho venue in July 1977. It was issued on LP in 1978, and on CD in Italy (1992) and Japan (2004). The album presents four original works and Ra's interpretations of three Tin Pan Alley standards.

In 1996 IAI issued a videotape (VHS format) of the concert, which had been recorded live with multiple cameras. During the performance, the camera stream with applied video synthesis was projected for viewing by the club audience. On the VHS edition, the opening album track, "Ohosnisixaeht," was replaced with a live rendition of "Sometimes I Feel Like a Motherless Child."

For this Bandcamp-only digital release, audience response has been omitted before and after each track. All you will hear is the music performed by Sun Ra, none of which has been edited or processed in any way. If you prefer to hear the recordings in the original concert context, with applause, hooting, whistling, and exclamations, they can be heard on the LP and CD editions, as well as on digital editions at other platforms. We feel these audio artifacts intrude on intimate listening to Sun Ra's rhapsodic keyboard meditations. In addition, the digital album cover for this Bandcamp-only release differs from the original release, featuring an adaptation of the back cover of the original LP and CD. We opted to distinguish this modified music-only edition from the original version which contains audience response.

Issued 1978 on the Improvising Artists Inc. label
All rights reserved