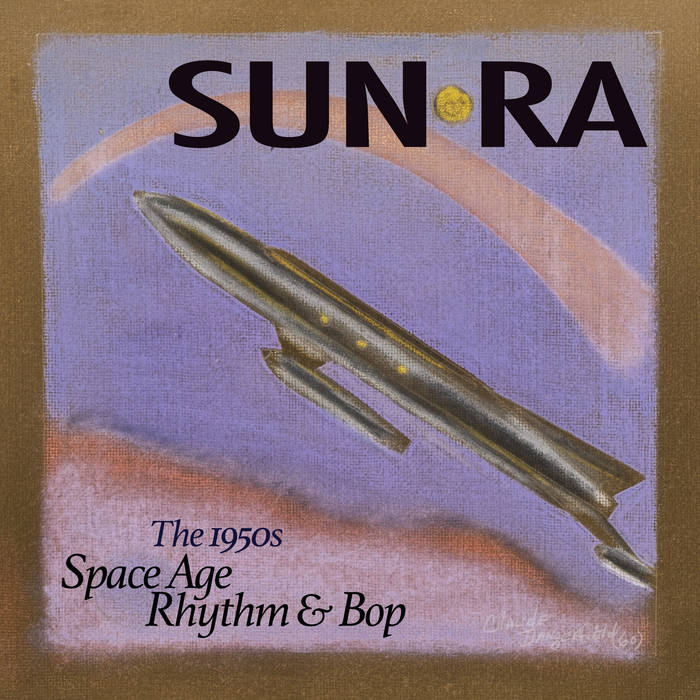 Before Sun Ra began navigating the cosmic flux and piloting passengers across the universe, the bandleader Herman "Sunny" (or "Sonny") Blount (b. Birmingham, Alabama, 1914) was developing his musical craft in Chicago. In the early and mid-1950s that meant collaborating with artists in the fields of doo-wop, rhythm & blues, late-period big band jazz, and urban soul. History reveals that before Sun Ra was an orchestra leader, he was a session leader.

Recording-wise, this is an erratically chronicled period, with hundreds of extant recordings, many beneath the grade of standard audio fidelity, dozens issued on (now-rare) Saturn singles, and a number of period pieces now considered classics. Space Age Rhythm & Bop is by no means a comprehensive collection, but it does feature many favorites and a few rarities.

The material offered here has been reissued over the years on various compilations on other labels (see below). Why recycle? Because on this digital collection, we've attempted sonic upgrades on most of these tracks. We've fixed dropouts, removed intrusive (non-musical) artifacts, reduced hiss, adjusted volume imbalances, lessened sibilance, and on one track repaired a skip that has been reproduced on every previously released version. Nothing fancy: no added reverb, no compression, no radical EQ, no ridiculous scrubbing of every sonic imperfection. We've retained the raw soul of these recordings, and flaws still abound.

Sun Ra was not credited as featured artist on any of these recordings. He composed, co-wrote, arranged, accompanied, produced, and/or coached the vocalists (especially in harmonies). To those who only know the Arkestra-era Sun Ra, his presence on these recordings would be imperceptible, and might even seem implausible. But this is where Sunny paid his dues, and where he initially left an impact on the Chicago regional music scene. He can be heard here on a couple of tracks briefly providing direction to the singers.

These tracks—a few here, others there—have previously been reissued with dozens of additional Ra-related 1950s tracks on:

This collection serves as a primer for initiates to Ra's early work. For extended exploration, we recommend the above compilations.

Personnel, songwriters, and additional info for each song listed at track level

All tracks issued under license from Sun Ra LLC