Some Blues But Not the Kind That's Blue 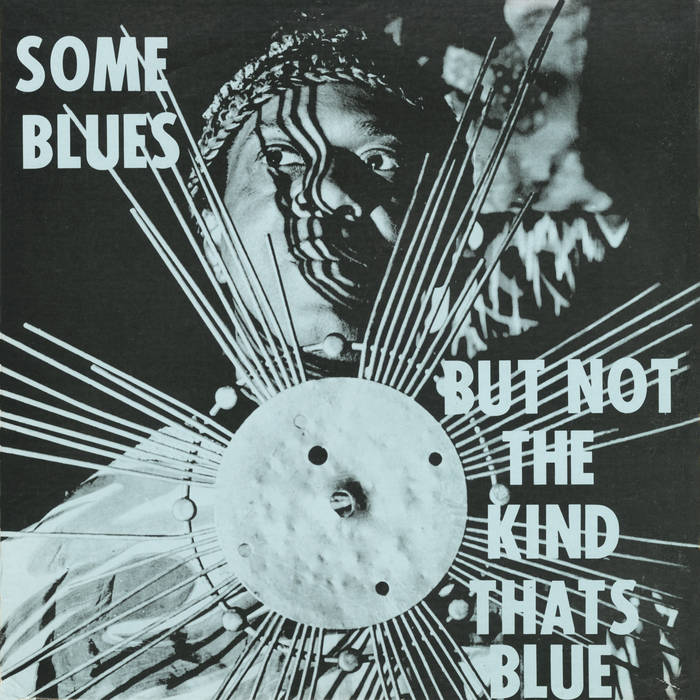 Some Blues But Not the Kind That's Blue is a Sun Ra rarity: an album recorded at a single session, with the location, date and personnel generally agreed upon by historians. It was also a fairly cohesive album, featuring small units of the larger Arkestra playing idiosyncratic arrangements of Tin Pan Alley standards. This is largely an acoustic piano album, with Sun Ra's keyboard in prominent focus, the horns and percussion serving primarily in support roles with occasional solos. There is no bass except on the opening title track, which was the only Sun Ra original to appear on the 1978 Saturn LP edition. An unreleased, untitled session outtake, a free-form collective improv, was first included as a bonus track on a posthumous CD reissue; it appears on this 2015 remastered edition with an assigned title.

While the titles and melodies of the standards are well-known, Sun Ra re-invents them in his singular fashion. Even "My Favorite Things," which in jazz lore connotes John Coltrane more than Julie Andrews, ventures into uncharted territory. The track features some plaintive tenor voicings from longtime Arkestra mainstay John Gilmore, whose 1950s stylings taught Coltrane a thing or two about modal improvisation. Ra's fingerings are unpredictable, yet instructive. A lifelong student of the art, he had a penchant for distilling the entire history of jazz piano into his style, interspersing structure with abstraction, seemingly indifferent to time signatures and conventional notions of harmony and tonality. His touch is thoughtful, rarely hurried, and exploratory. The absence of bass is compensated for by Ra's left-hand patterns. He doesn't just play these tunes—he is immersed in them.

The title of the bonus track was assigned by Michael D. Anderson (of the Sun Ra Music Archive), who played with the Arkestra sporadically during this period, and identified the piece as a developmental version of "Outer Reach Intensity-Energy." The title doesn't reappear in the Ra catalog until 1985, when a radically different arrangement turns up on a collection of live tracks called Stars That Shine Darkly Vol. 2. However, the provenance of those recordings is conjectural, with a strong likelihood they were made between 1975 and 1978, around the time that Some Blues was recorded.