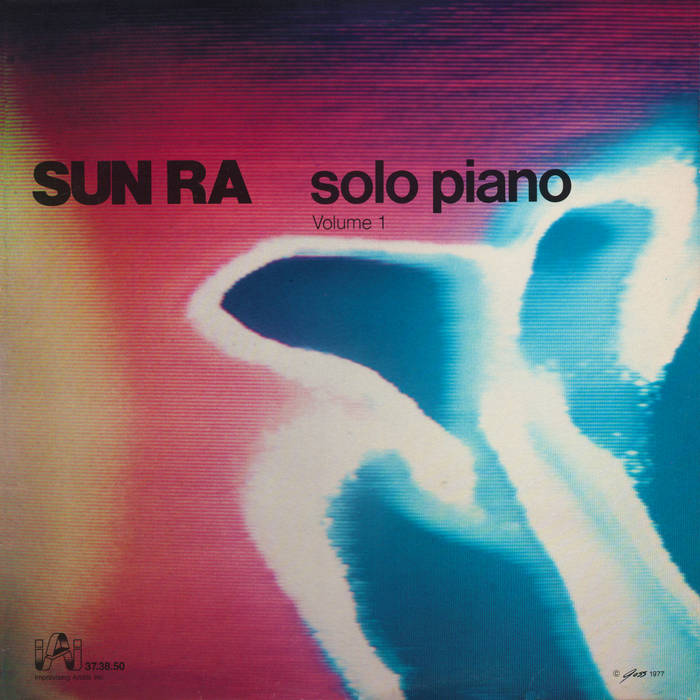 mandr8ke I've been enjoying the solo piano expressions of Sun Ra lately, and his take on "Motherless Child" alone is worth purchasing this album. Favorite track: Sometimes I Feel Like a Motherless Child.

The piano was Sun Ra's primary instrument (the organ being secondary). However, he mostly performed and recorded with it surrounded by his Arkestra, in both small and large ensembles. Around 1966, Sunny recorded two sets of solo piano works, which were issued a few years later on his Saturn label under the title "Monorails and Satellites" (Volumes 1 and 2). Thereafter, Ra began to explore any electronic keyboard he could get his fingers on, including the Moog synthesizer (specifically, the Minimoog), Rocksichord, Clavinet, Gibson Kalamazoo, Farfisa, and others (including some to which he applied exotic names).

Ra and his bandmates moved from New York to Philadelphia in 1968, taking up residence at 5626 Morton Street, where they lived for the duration of Ra's active career. According to those who lived in the house, Ra didn't have an acoustic piano on the premises; he practiced and recorded exclusively with electronic keyboards (including electric pianos).

For a few years, beginning around 1977, Ra revisited the piano as a solo vehicle. He recorded two albums for the Improvising Artists Inc. label, as well as one, "Aurora Borealis," for his own Saturn label (recorded 1980, issued 1981). He also recorded a solo piano set in Venice in '77; it was posthumously released on CD (and is available digitally in our catalog).

"Solo Piano, Vol. 1," the first of Ra's two albums for IAI, features four originals, a Jerome Kern standard, and Ra's arrangement of the traditional "Sometimes I Feel Like a Motherless Child." The album was issued on LP in the US in 1977, and on CD in Italy (1992) and Japan (2004). A live set—"Volume 2" of the IAI two-album deal—was recorded in 1977 at the New York venue Axis-in-Soho and issued the following year under the title "St. Louis Blues." The Axis performance was filmed and later issued for the home video market.