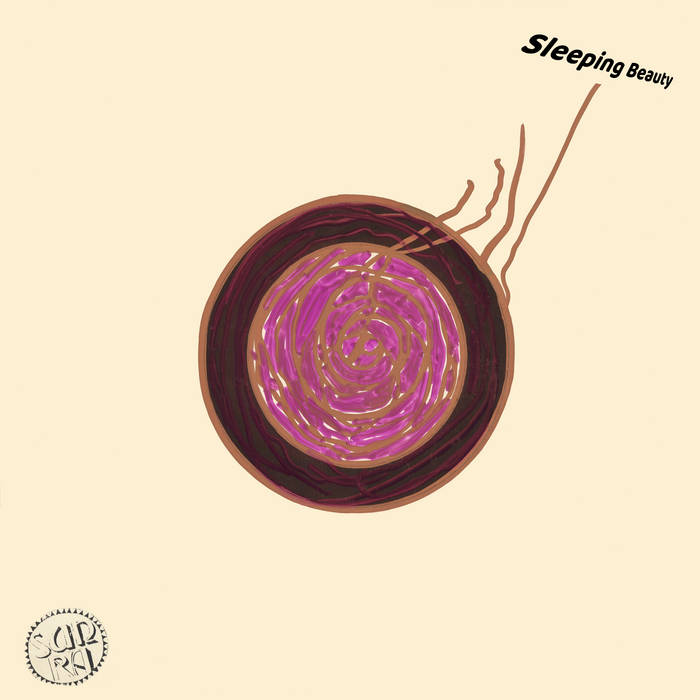 A number of sessions recorded by Sun Ra from 1978 to 1980—issued on the albums Lanquidity, On Jupiter, and Sleeping Beauty—reflect the influence on Ra of commercial musical and production trends of the mid- and late-1970s, especially heavy, studio-enhanced dance floor grooves (traceable from soul and funk to disco), and atmospheric New Age "dream" pieces. But Ra neither surrendered to nor fully embraced these styles—he simply added these techniques to his toolkit, always stretching beyond the genres. The only aspect that eluded him was commercial success.

Sleeping Beauty (Saturn 79) was recorded in New York in June 1979 and released later that year. Like many Sun Ra albums from the 1970s and '80s, it was pressed in a limited (and unknown) quantity, packaged with generic (albeit often hand-decorated) sleeves, and distributed by Rounder and sold at concerts. Also like many releases of the period, it was known by a second title — Door of the Cosmos. Those alternate titles derived from two of the album's three tracks. Oddly, "Sleeping Beauty" had an alternate title — "Black Beauty," which was printed on some labels (and typed on others). Affirming that this release should be filed under "Alternative," the band was identified as "Sun Ra and His Arkestra" on most labels and as "Sun Ra Omniverse Jet Set Arkestra" on at least one extant sleeve.

Three additional tracks were recorded at the June '79 session: "Celestial Road," "Say," and "I'll Wait for You." Those tracks were licensed to Rounder Records, who issued them on the LP Strange Celestial Road (Rounder 3035) in 1982. (Note: The Rounder label and Rounder Distribution were related companies, but separate operations. Saturn LPs were distributed by Rounder, but were not released by Rounder. However, there were, in time, three Sun Ra albums issued on Rounder—Strange Celestial Road, Somewhere Else, and Sun Ra Sextet at the Village Vanguard—but none of the three had been previously issued on Saturn.)

Art Yard released an authorized edition of Sleeping Beauty on CD in 2010. (Those rights reverted to Sun Ra LLC in 2021.)

This digital edition combines all tracks from the June 1979 Variety studio session, along with two bonus tracks: an alternate of "Door of the Cosmos" recorded in Philadelphia at the club Grendel's Lair in 1978, and a live version of "Strange Celestial Road" recorded in Detroit in 1980. Both tracks were derived from tapes in Michael D. Anderson's Sun Ra Music Archive.

The digital album art was adapted from a hand-designed Saturn LP cover in the collection of Mats Gustafsson.