Other Planes of There 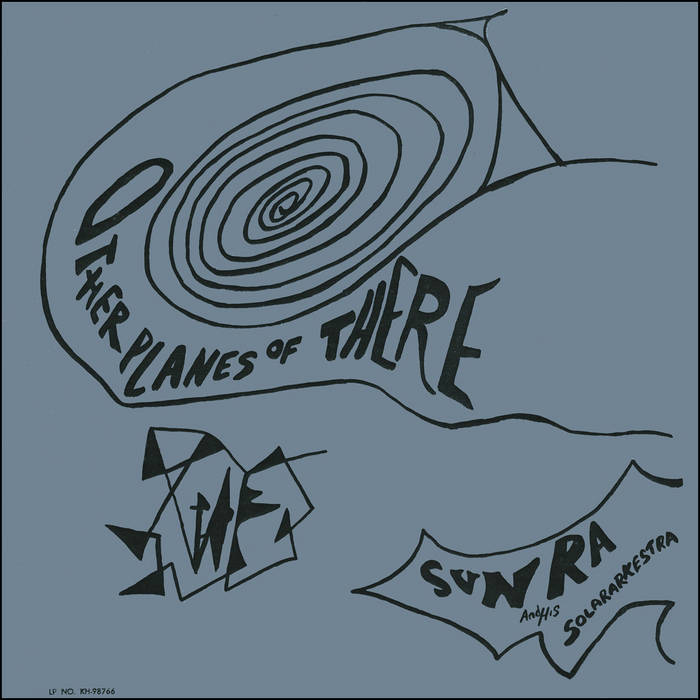 Other Planes of There (recorded 1964, released 1966) could be mistaken for an artifact of the "free jazz" movement that was gaining a foothold in New York during the early 1960s. Artists like Cecil Taylor, Albert Ayler, and Ornette Coleman were advancing the frontiers of jazz in a way that excited many, while alienating an equal number. Audiences were often perplexed—sometimes infuriated—at the brutality, lack of traditional structure, and unpredictability of the new music. Pioneering bebop drummer Max Roach, after witnessing a performance by Coleman at the Five Spot jazz roost, followed the saxophonist off-stage and punched him in the mouth. Trumpeter Roy Eldridge thought Coleman was "jiving, putting everybody on." Yet in retrospect there's no denying the new music's historic impact on jazz evolution.

Sun Ra shared stages, dressing rooms, and newsprint with these contemporaries. His music often sparked similar reactions—positive and negative. Yet despite stylistic similarities between Sun Ra and the above mavericks—composing and performing works which were irregular, asymmetrical, and seemed to lack a center—Sunny rejected the "free" label. "I don't play free music, because there is no freedom in the universe," he told an interviewer in 1970. "If you were to be free you could just play no matter what and it doesn't come back to you. But you see, it always does come back to you. That's why I warn my musicians: be careful what you play … every note, every beat, be aware that it comes back to you. And if you play something you yourself don't understand, then that's bad for you and for the people too."

Like many Sun Ra albums, Other Planes of There offers a musical portrait of where Sun Ra and his Arkestral entourage find themselves during a given period. Exposed to new ideas on a daily basis, challenged to excel by competitors on the downtown scene, Sun Ra might not have considered his music "free," but he benefited from a community which respected and encouraged musical free-thinking. This support allowed him to experiment and grow, to challenge his audience, and to risk rejection if listeners and critics didn't like (or couldn't understand) each progressive musical mutation.

Rehearsing and recording at the Choreographer's Workshop gave ample time to develop ideas without a nudgy A&R exec watching the clock or chiseling the budget. This self-controlled environment (and the usual ad hoc recording quality) marks Other Planes. The arrangements breathe, they evolve unhurriedly, and there's much open space. This is music by process. In contrast to the muscularity of free jazz, Sun Ra's leader-directed improvisations have an orchestrated feel, a pace that juxtaposes the pastoral with sporadic bursts of frenzy and much rhythmic variety. Sunny's love of percussion permeates these sessions. The works proceed with great deliberation, but they move. That's no accident. "No matter how far out my music may be," Sun Ra once explained, "you can always dance to it."