by Sun Ra and his Arkestra 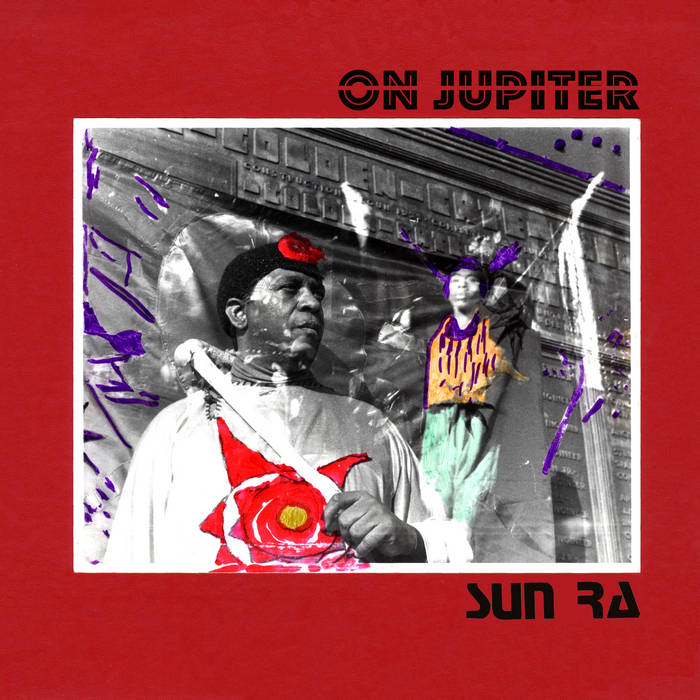 Sun Ra, as well as anyone, proved that an artist could change with the times without being a dedicated follower of fashion. In fact, Ra and his music never stopped evolving. A series of albums recorded from 1978 to 1980—Lanquidity, On Jupiter, Sleeping Beauty, and Strange Celestial Road—demonstrate the influence on Ra of musical and production trends of the mid- and late-1970s, especially heavy, studio-enhanced dance floor grooves (traceable from soul and funk to disco), and atmospheric New Age "dream" pieces. But Ra never fully surrendered to these trends; it's arguable that he even embraced them. He adapted techniques, but what he created amounted more to reinventions than "File Under" genre works.

Rodger Coleman, writing in 2008 at his Sun Ra Sundays blog about the albums On Jupiter and Sleeping Beauty, said: "These two 1979 Saturn sessions present Sun Ra at his most accessible — groovy, dreamy, spacey, and suitably cosmic while reigning in the full-blown freakouts that can make Sun Ra’s music difficult for some .... That is not to say that these are lesser albums. Quite the contrary! This is simply beautiful music! Essential!"

They are also, quite often, very danceable, and not without "full-blown freakouts," as evidenced on "I'll Wait for You" from Strange Celestial Road (which originated at the Sleeping Beauty sessions).

Typical of Ra during the '70s and '80s, he didn't waste time dallying between recording and commercial release. Ra was incapable of artistically selling out, but that didn't prevent him from redefining the phrase "making a quick buck." During this period, LPs were pressed based on immediate economic need—and often timed to coincide with tours which required an immediate cash infusion. These albums would be pressed in limited quantities without printed covers, with minimal or no information on the labels, absent personnel credits, and often without track and album titles. Sometimes covers were hand-designed by the band (this digital release's "cover" was one such artifact, sans typography).

Many of these small press runs—which were estimated to number from 100 to 300—were sold for cash to Rounder Distribution, with copies set aside for the band to sell at concerts and club gigs. Glenn Jones, who coordinated Ra's distribution deal with Rounder, would solicit from Ra—and, if the artist wasn't available, occasionally have to speculate about—album and track titles. This info would be Xeroxed on rectangular sheets of colored paper and taped to the back of the outer cardboard sleeve. Copies which did not circulate through Rounder might not have these sheets; consequently, Saturn albums from this period were often known by two (or even three) different titles, depending on what was scribbled on the label of a particular customer's copy. The album On Jupiter has occasionally been called Seductive Fantasy. Both titles appear on the album, the former as track 1 on side A, and the latter as the entirety of side B.

As chronicled in The Earthly Recordings of Sun Ra (2nd ed., 2000), by Robert L. Campbell and Christopher Trent: "[Drummer] Samarai Celestial pointed out that 'UFO' was recorded before he joined the band in July 1979, whereas [tracks 1 and 3] came from a later session. Personnel from [Hartmut] Geerken’s discography with corrections by Samarai and [Campbell]."

A bonus track is included on this digital edition: an early, wordless live rendition of "UFO" performed and recorded on Halloween, 1978, at Grendel's Lair, a Philadelphia club that occasionally hosted Ra and his entourage. The work was found on a tape by Michael D. Anderson of the Sun Ra Music Archive. By the time the title was recorded at Variety during the On Jupiter session, lyrics existed and had already been modified. According to Earthly Recordings, the work was performed on May 5, 1979, at the New Orleans Jazz and Heritage Festival, and "the vocal on that version was somewhat different from the vocal on [the] studio recording and subsequent concert performances." According to the book, Ra "told a member of the audience that he had 'prepared a practice piece' for the [concert]. The only previously unperformed piece [heard on an existing tape of the concert] was 'UFO'." However, based on the Grendel's Lair tape (which was unknown at the time Earthly Recordings was published), we now know that "UFO" had, in fact, been previously performed, albeit sans lyrics.

Note: On Jupiter has long been available from Art Yard, whose license terminated at the end of 2020. Our 2021 edition is a new remastering from alternate sources. The bonus track and the above annotation are new to this reissue.