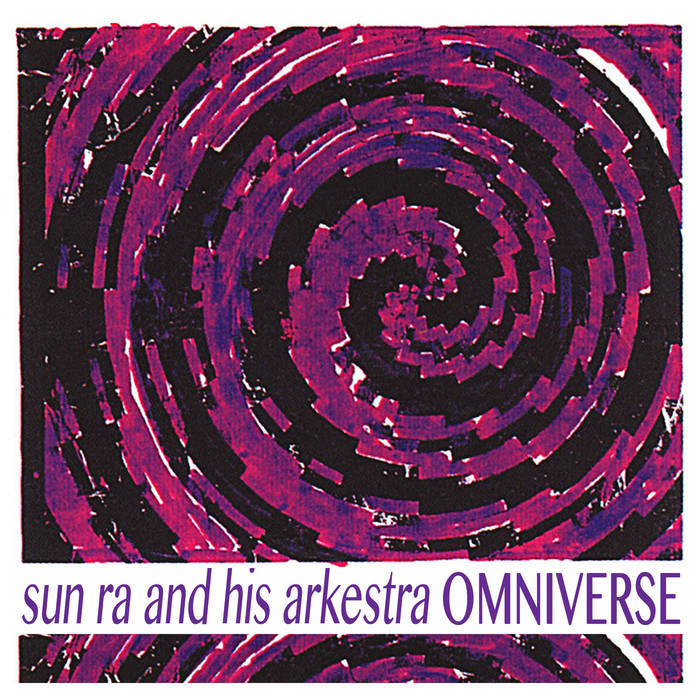 lionlovesmusic Very agile playing on this. The interplay between the musicians is outstanding - they play around one another in such a fluid manner, going ‘in’ and stepping ‘out’ whilst holding it together so beautifully. A perfect companion to ‘God Is More Than Love Can Ever Be’, recorded a few months earlier. Favorite track: Dark Lights in a White Forest.

I picked a "favorite track," but in fact they're all good--3 through 5 especially.. Favorite track: Omniverse.

Omniverse, recorded in New York in 1979 and released that year on Sun Ra's Saturn label, has been gathering dust for too long. It's a fine, overlooked item in the vast Ra catalog. The tracks aren't so much compositions as they are excursions, with only a few memorable themes or recurring motifs. It's pure jazz, somewhat "inside" (for Sun Ra), with little of the aggressiveness and confrontation for which the bandleader was known. (Track 5, "Visitant of the Ninth Ultimate," is an exception.) Omniverse is a very intimate album, offering lots of reflective piano in trio, quartet, and quintet settings, with spare horns. But instead of exhibiting a keyboard showcase, Sun Ra engages in dynamic interplay with the rhythm section. Moreover, the horns are featured largely as soloists; there are few ensemble passages.

Three of the works (tracks 3, 4 and 5) exist as recordings only on this album; there are no documented concert performances of these titles. "West End Side of Magic City" (a reference to the bandleader's birth town of Birmingham, Alabama) doesn't reappear in the known repertoire for twelve years—it surfaces at a May 1991 Atlanta concert, and was reprised in August at a New York club date (for which the piece was announced from the stage as "Vita Number 5"). "The Place of Five Points" is known to have been performed at a smattering of gigs between 1985-1988.

The massive and authoritative Campbell/Trent discography, The Earthly Recordings of Sun Ra (2nd ed.) lists personnel provided retrospectively by drummer Samarai Celestial, whose account includes two baritone saxophones and trumpet on tracks 4 and 5, as well as Ra overdubbing drums on 5. However, no baritone or trumpet can be heard on either track, although there are baritone and muted trumpet on track 3, and there is a second drummer on track 1. (This is not a knock on The Earthly Recordings, which is encyclopedic in scope, and which has required the authors to sort through contradictions, uncertainties, and unknowables inherent in the cosmic legacy of Sun Ra.) An LP copy with a plain white label turned up on eBay, and bears a circular pen inscription indicating six musicians, who are listed here.

We are unaware of there being an official album sleeve for the Omniverse LP. Existing copies feature hand-artwork on generic cardboard sleeves. One of these has been adapted for the "cover" of this digital release.