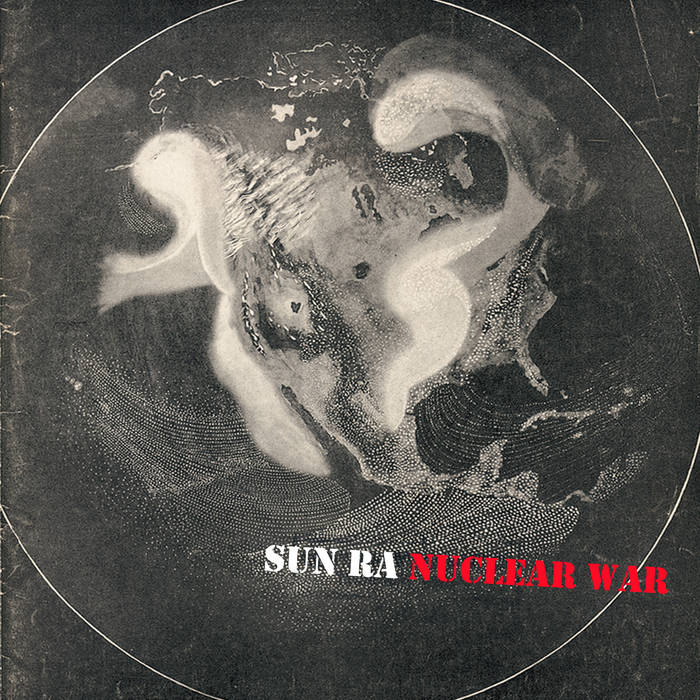 drbaz The Creator has a Master Plan & this is a part of it.

John Cratchley Iconic is an overused word but it may well be aptly applied to this Sun Ra single...

When people think of Sun Ra's "greatest hit," the obvious answer is "Space is the Place." It's Sun Ra's "Stairway to Heaven" (in terms of ubiquity—and in a celestial sense as well). Yet "Nuclear War" is a surprise contender. The 1982 recording originally appeared on the 1983 LP A Fireside Chat with Lucifer (Saturn Gemini 19841) and in Great Britain on a 12" single (Y RA 1). Since it's digital reissue in 2014, it has consistently been one of the top downloaded single tracks in Ra's catalog.

Thomas Stanley, in his ambiguously titled 2014 book, The Execution of Sun Ra, observes, "Throughout his life [Sun Ra] was consistent in his opposition to war and his art reflected this, perhaps most sharply in the space chant 'Nuclear War.' 'It's a motherfucker, don't you know,' Sun Ra and trombonist Tyrone Hill [joined by June Tyson] sing over a deceptively sparkly chromatic piano line played at a steady walking rhythm. It's worth noting that this spicy chunk of language is the only use of profanity in Sunny's vast recorded song repertory."

Indeed, the vocal and instrumental arrangements on "Nuclear War" are so matter-of-fact, so devoid of urgency, a listener unaware that it is a Sun Ra composition could be forgiven for thinking it was a parody of a punk rock anthem. "Nuclear War" is Punk Jazz.

The band Yo La Tengo has twice issued commercial recordings of the tune, and it has long remained in their repertoire. YLT has also performed other tunes associated with Ra: "Dreaming," "Somebody's In Love," "Interplanetary Music," and "Hot Skillet Mama."

Thanks to Hartmut Geerken, Peter Dennett and Peter Beckmann