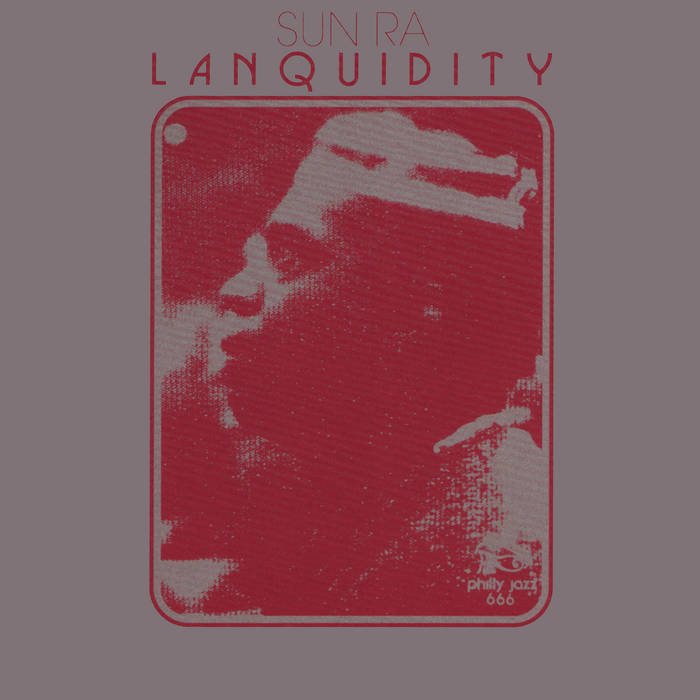 Levrikon An incredible record, maybe the most laid back Sun Ra has ever been. It's funny this might be his most famous album since it's so different than his usual work. Favorite track: Twin Stars of Thence.

spiros_metsouggis A phsychedelic yet chill album, and an excellent entry point to the vast discography of a Legend.

Lush, hazy beats, on top of which immersive soundscapes and arrangements float. Me likey a lot. Favorite track: There Are Other Worlds (They Have Not Told You Of).

"People are sleeping, and I’m here to wake them up from their slumber." — Sun Ra

Lanquidity is one of Sun Ra's most popular albums—because it's something of a "pop" effort. Recorded and issued in 1978 on Tom Buchler's short-lived Philly Jazz label, Lanquidity represented a stylistic pivot for Sunny, who had rarely paid much attention to mainstream music trends. Lanquidity, however, is very much of its time, reflecting late-period disco, bottom-heavy funk, and dance-floor soul grooves. Nonetheless, it is very much a Sun Ra album, and steady beats notwithstanding, it's full of surprises, idiosyncrasies, and uncommon moves.

From The Earthly Recordings of Sun Ra (2nd ed., 2000), by Robert L. Campbell and Christopher Trent:
"Much overdubbing was used on this album. According to Rick Barry of Philly Jazz, Ra requested that Omoe’s name be listed as 'Ego Omoe' on the jacket. Dale Williams says that Disco Kid’s first name was Greg; Disco Kid was responsible for the 'straight' guitar playing while Williams handled the wah-wah and other effects."

The commercially released master is dense and somewhat muddy. There's an alternate master (same mix) that had been pressed for sale at a 1978 Georgia concert, which was then withdrawn and replaced with this version. Trumpeter Michael Ray claims the first master was rejected by Ra himself—even though Ra sold copies at the Georgia gig. That alternate version has been remastered and will be digitally released soon. The differences are striking.

Nothing in my life 's experiences prepared me for my first visit to Sun Ra's house, to discuss details regarding the recording of the record that would be called Lanquidity.

Up several steps, through the door, and I had stepped from the warm summer afternoon of 1978 Germantown, Pennsylvania, into the heat of Sun Ra's incense-filled living room. Perhaps twelve by twenty-four feet, the room contained Ra and several of his keyboards. Stacks of papers, records, sheet music, musical instruments and general household paraphernalia covered every horizontal surface and intersection of wall with floor. (Later Ra explained that if he had used a conventional system of filing, he would only come in contact with what he was looking for. This way, he kept coming into contact with the unexpectedly useful.) Amidst the apparent disarray sat nearly twenty Arkestra members playing Fletcher Henderson tunes at full tilt. That afternoon I was treated to three hours of rehearsal, during which Ra conducted, played his keyboards, adjusted music scores and musicians' attitudes, and generally coaxed and cajoled his musicians into producing sounds that plainly could not be produced solely by the instruments in their hands.

With the rehearsal's conclusion, I thought Ra and I would discuss recording session logistics. What I got was metaphysics. In his utterly unflappable manner and with an expression alternating between intense gravity and traces of a grin, Ra proceeded to expound his cosmology. Why did he always talk about outer space? "When I talk about outer space people listen. People are sleeping, and I'm here to wake them up from their slumber. The right music can wake people up." Why wake them up? "People are concerned about the wrong things. They are concerned about themselves. I'm here to wake them up and show them other things."

On and on he went. Ra showed me his passport, bearing the name Le Sony'r Ra. He explained that he had come to this planet and lived for a while in Alabama, and had been playing piano since before the age of six. He explained that one day he was asked to play piano in Fletcher Henderson's band. On his first night with the band he so connected with Henderson's intentions that Fletch insisted Ra stay with the band.

Finally, I simply told Sun Ra, "We've got studio time booked in New York the evening of July 17. I'll pick you up in the afternoon and drive us up to New York. How do we get the band there?" Ra replied, "They'll take the van."

Ra continued his dialog during the two-hour drive from the suburbs of Philadelphia to downtown Manhattan. We arrived at the studio late in the evening. By three or four in the morning, we had the basic tracks down, recorded to 24-track tape. We began the mixdown, when Ra stopped us and insisted on modifying the track "There Are Other Worlds (They Have Not Told You Of)." In its original state this was a seriously simple and tranquil tune with a plodding rhythm. Several overdubs of Ethnic Voices, synthesizer and percussion later the track took its present form. By dawn we left the studio with final mixed tapes in hand. Ra brought us to a diner he told us served the best grits in New York, and then we were on our way back to Germantown.

The musicians' names appear on the album cover the way Ra asked me to spell them. A several-hundred-album run was produced for sale at a concert at Georgia Tech in Atlanta. Those albums have a white cover with a Xeroxed picture of Ra pasted on the front and a sheet with the personnel pasted on the back. The discs themselves have no paper label; the information is scratched onto the center of the disc where the paper label is normally affixed. The remaining albums were released in a silver jacket similar to the cover of this booklet, the vinyl disk with a conventional paper label in silver and magenta.

The twenty-two years since that summer have not dimmed Ra's music or message, nor have they diminished its vitality and importance. Ra's music, his act and his stories were designed to make us listen and then look at ourselves. Wake up. Ra will take you to other worlds they have not told you of!