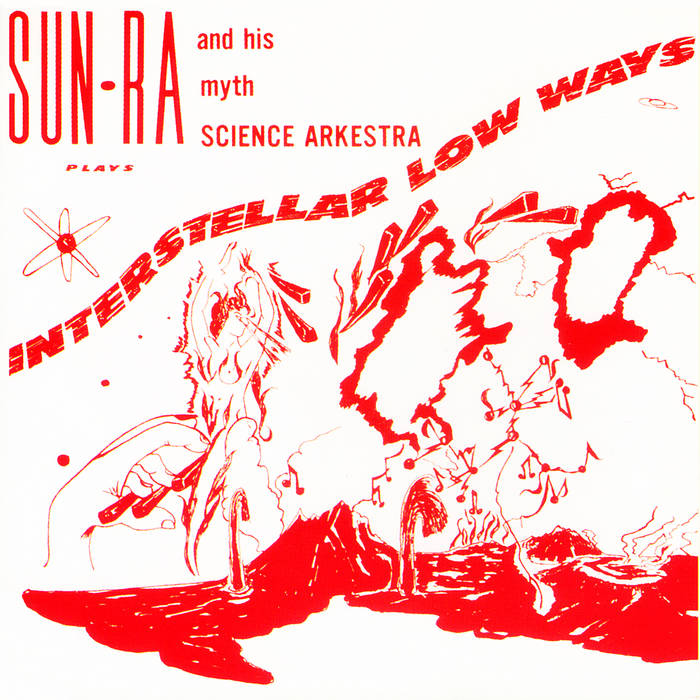 Compiled from three Chicago recording sessions, Interstellar Low Ways was a showcase for Sunny's “Space Bop,” “Space Blues,” and his “New Directions” compositions. Stressing his pan-galactic persona, Sun Ra was rapidly pushing jazz farther into the Space Age in his titles, as evidenced by this album's offerings. Musically, he continued looking backward and forward simultaneously, drawing on jazz's rich traditions of swing and bebop, while adding flourishes of modernism that evolved into his unmistakable style. Around this time the Arkestra began to perform live wearing space costumes (which Sunny designed). The arrangements featured various members of the Arkestra doubling on exotic percussion. Two tracks, "Interplanetary Music" and "Rocket Number Nine," feature the band's ensemble space chants.

At this point in Arkestra history, Sunny was coaching Gilmore to play less hard bop and instead to feel his way around the compositions despite their hard bop arrangements.

Though the recording sessions were done around 1957-1960, the album was not released until 1966, under the title Rocket Number Nine. In 1969 it was reissued with the above cover and retitled Interstellar Low Ways. Other tracks from these sessions were released on Fate in a Pleasant Mood, Holiday for Soul Dance, Angels and Demons At Play, and We Travel the Spaceways.

This digital release features a previously unreleased stereo version of the title track.