Fate in a Pleasant Mood 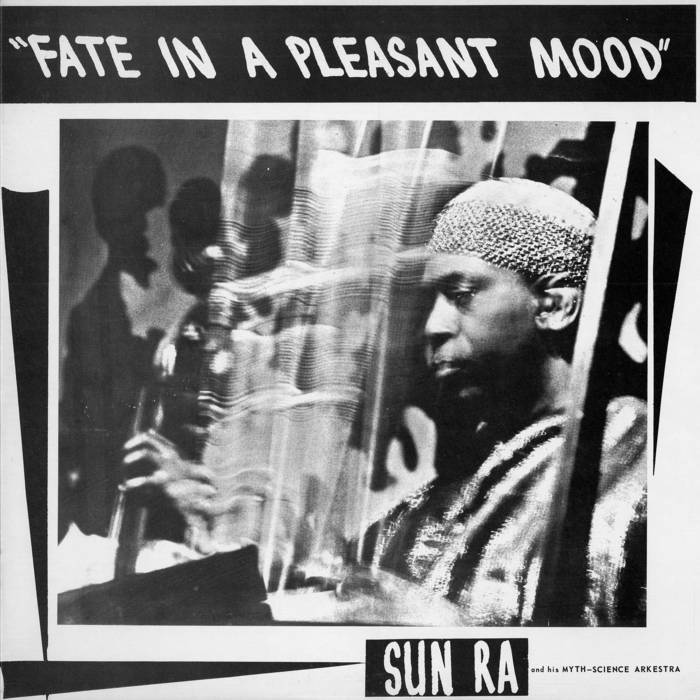 whyfisucks. I find myself quite enjoying this period of Sun Ra's discography - the shadows of the more traditionally-leaning jazz of the time set backdrops for Ra's distinctly idiosyncratic compositional/conversational sensibilities throughout. Favorite track: Kingdom of Thunder.

Fate in a Pleasant Mood was recorded in Chicago in 1960, but not released until 1965. It was the last album featuring Sunny's band from Chicago. After a decade and a half in the Windy City, tired of local indifference by fans and the press, Sun Ra decided to take his music elsewhere—briefly to Montreal, then New York, where he settled for seven years.

Stylistically, Fate in a Pleasant Mood veers from ballads to bebop, from free jazz to Ellington-inflected voicings, from the 12-bar blues to strains of crime jazz and cha-cha. In his Sun Ra biography Space is the Place, John Szwed says of the album's offerings: "To a seasoned jazz listener at the time they might seem either slightly out of kilter or evidence of a band with a hidden agenda." Suspicions aside, Fate in a Pleasant Mood is an accessible album by the era's standards, and full of delights. Of particular note is the imaginative drum solo (probably by Jon Hardy) on "Space Mates"—a restrained touch at odds with the prevailing hard bop emphasis on funkiness and speed. Indeed, there are a lot of unusual percussion textures throughout the set (e.g. on "Kingdom of Thunder," which approximates a Saturnesque take on the late '50s exotica of Martin Denny and Arthur Lyman).

Sun Ra discographer Robert L. Campbell wrote: "In 1967 the album was given the catalog number 202. The spine of the Saturn LP, but not the front or back cover, rendered its title as it may have been intended originally, 'Faith in a Pleasant Mood' (the spine also said "Saturn Vol. 2," without indicating what Volume 1 was, and gave the number as 9956-2-B)."

This digital collection includes the unreleased 45 rpm single version of "Lights on a Satellite," which features the engineer's title cue at the head followed by the album performance drenched in heavy reverb.