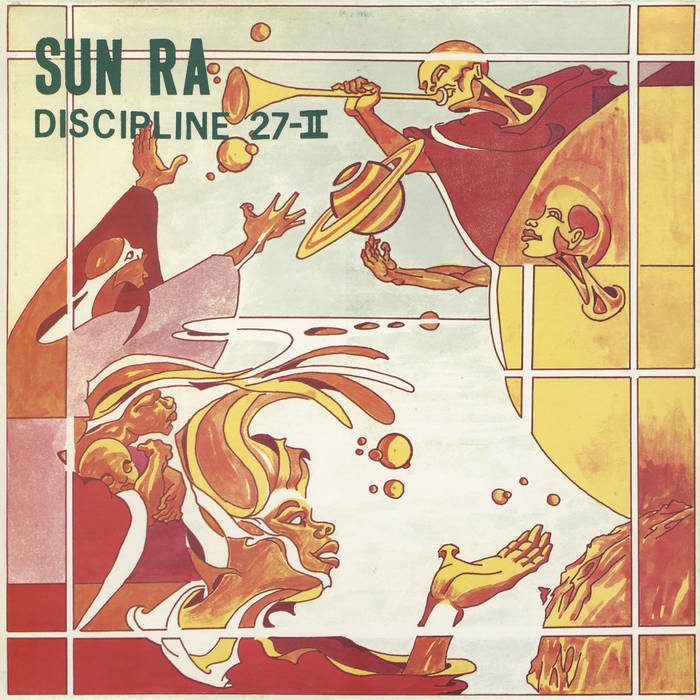 s33ker-1 My son said the title track makes him feel 'crazy'. Why does it make me feel so sane?

Discipline 27-II was recorded in 1972, a product of the same sessions that would yield Sun Ra's legendary Space Is the Place LP. The recordings took place October 19–20 at Streeterville Studios, Chicago, featuring the largest Arkestra line-up Ra had taken into a studio. The date was produced by Impulse! and Riverside veteran Ed Michel.

There have been several atrocious-sounding bootleg editions on the market, but this 2017 fully authorized remaster reveals the rich clarity of these sessions. This edition was remastered for Strut Records by Peter Beckmann from the original master tapes in the Sun Ra Music Archive, under license from Sun Ra LLC.

On the original 1972 Saturn version released by Sun Ra, the 24-minute title track was inexplicably divided into four separate tracks at arbitrary points, thus interrupting the flow of the work. On this remastered edition, the title track has been restored to its proper length without interruption.

A CD edition was issued in October 2017 by Corbett vs. Dempsey Records.