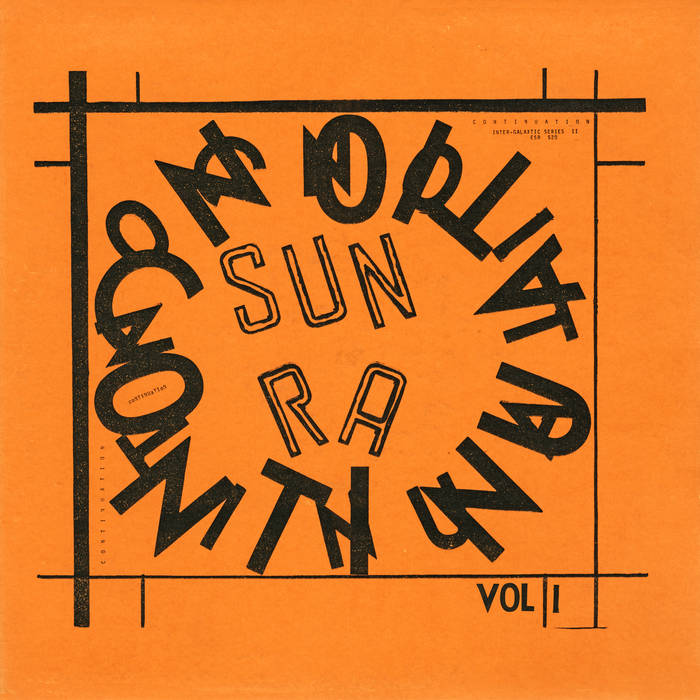 Continuation, like a number of early Sun Ra albums, contains mysteries. Who's on it? When and where was it recorded? Expert opinions differ. The Robert Campbell-Christopher Trent discographic atlas, The Earthly Recordings of Sun Ra (2nd edition, 2000), provides some guidance, but the citations contain numerous question marks. Personnel lists on Saturn LP covers have proven notoriously (perhaps willfully) inaccurate. In fact, the recording location printed on the Continuation sleeve is "El Saturn Studios: Minneapolis, Minn.," yet no one has alleged any such sessions, much less the existence of a Sun Ra studio in Minnesota. The spelling of track two differs ("Intergalaxtic Research" on the LP and in The Earthly Recordings, but "Intergalactic …" appears in the BMI title registration).

The LP side-length "Continuation to Jupiter Festival" was reportedly recorded live at a club called The East, in Brooklyn, but there's no indication of an audience, including during quiet passages and after exciting solos; the constrained ambience of the track indicates a studio setting. Danny Ray Thompson, as reported by Campbell-Trent, "has a recollection ('not 100 percent') of performing this piece at The East." Indeed it could have been performed—but perhaps not recorded—there. Robert Barry is credited as drummer, but the aggressive stickwork (as Campbell and Trent note) sounds like Clifford Jarvis.

Several authorities believe studio tracks 1 thru 4 were recorded in 1968, but "Biosphere Blues" sounds as if it were recorded in the early 1960s at the Choreographer's Workshop. That location (and the year 1963) was cited on a limited-pressing Corbett vs. Dempsey CD of the album, linking it with early 1960s recordings which appeared on Secrets of the Sun and Art Forms of Dimensions Tomorrow. In 2014, Campbell-Trent offered a reconsideration: "normally dated 1968-69, but on stylistic grounds an earlier date is likely for these tracks."

The personnel listed below contains a slew of maybes. Based on the knowns and probables, as well as the sounds and instrumentation, Continuation closely reflects Sun Ra's album Atlantis, which was recorded in September 1968. In fact the Gibson Kalamazoo ("space") organ and the Hohner clavinet on "Intergalactic Research" are also heard on Atlantis, and Sun Ra did not use either in the early 1960s (the Hohner wasn't introduced until 1964).

The version of "New Planet" on this remastered edition contains an extra minute and a half of music discovered on the master tape (a 14-second gap was deleted). The monumental "Continuation to Jupiter Festival" is 15 seconds shorter than the LP, possibly due to a slightly slower tape speed during the Saturn LP mastering. Finally, there is an album's worth of unreleased material from these sessions, which we have compiled and released as Continuation Vol. II.