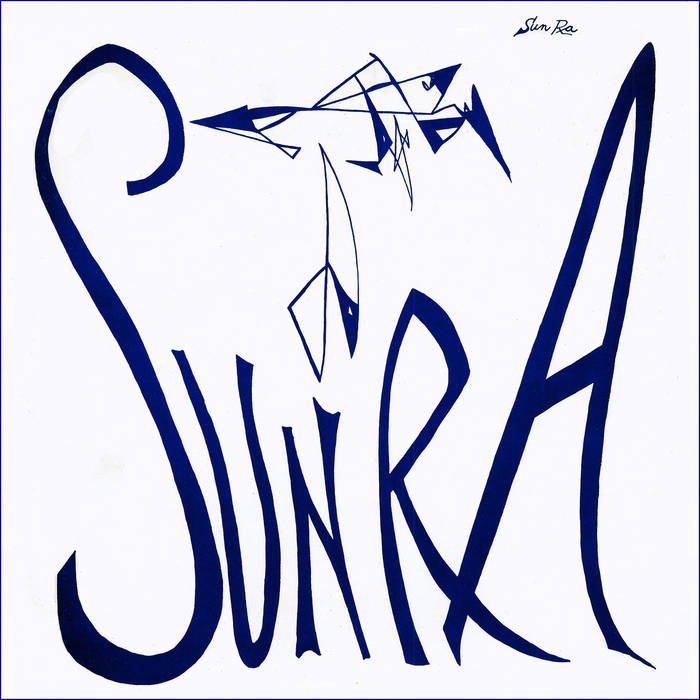 Art Forms of Dimensions Tomorrow, a key transitional album in the Sun Ra catalog, was produced in two sessions shortly after the bandleader's 1961 migration from Chicago to New York (with a brief stopover in Montreal). One of about a dozen Arkestra albums compiled from recordings made at the Choreographer's Workshop, Art Forms displays Sun Ra's increasing tendency to juxtapose stylistic incongruities on vinyl in the interests of showcasing his versatility—or accommodating restless attention spans (perhaps his own).

After arriving in Gotham, Sunny set about broadening his resume by reinventing older jazz and blues forms while edging towards tomorrow's dimensions. "Cluster of Galaxies" and "Solar Drums" are modernistic percussion soundscapes, bracketing "Ankh #1," a swaggering R&B rework of a late '50s tune from the artist's Chicago years. "The Outer Heavens," sans rhythm section, echoes Third Stream chamber jazz, while "Infinity of the Universe" offsets a percussion battalion with thunderous low-register piano. "Lights on a Satellite" and "Kosmos in Blue," both recorded at an earlier Choreographer's session, ground the set on terra firma with some stylish hard bop. "Lights" remained a staple in Sunny's concert repertoire for the rest of his life.

Like many albums recorded during this period, Art Forms was not released on Saturn until several years later (1965), by which time Sun Ra's repertoire and concerts had progressed beyond conventional jazz forms. ("Lights on a Satellite" and "Kosmos in Blue" were recorded at the late 1961 session from which emerged the Bad & Beautiful album—which was not released until 1972.) Like all Choreographer's sessions, the ad hoc acoustics painted the proceedings with a raw, warehouse ambience—what we call "Garage Jazz."

Art Forms is one of the first Saturn releases to feature what became a trademark effect on many Sun Ra recordings during the 1960s: an otherworldly reverb courtesy drummer Tommy Hunter's open-reel tape deck. Hunter discovered the process while testing the unit during a band warm-up. He ran a cable from the output back through the input, creating a mind-bending feedback loop that could be shaped by adjusting the volume of the playback knob. You can hear Hunter's alchemy on "Cluster of Galaxies" and "Solar Drums." Tommy was initially apprehensive that Sun Ra might be furious at the cacophony, but when he heard it, the bandleader was delighted. The reverb became a recurring instrument in the band's lineup (and later an overused gimmick in psychedelic rock). It is, by serendipity, Sun Ra's initial foray into experimental electronic music.

This remastered digital edition includes the complete session recording of "Cluster of Galaxies," as well as a previously unreleased bonus track from the 1961 session, an after-hours quartet cooker titled "Chicago, Southside."